A survey carried out among female freelancers by Xolo reveals that four out of five respondents feel that they have been treated differently in their careers due to their gender. Stories shared within the survey indicate that this is primarily related to unfavourable practices.

The top three scenarios where respondents reported being treated differently included being made to feel less competent than male coworkers, being offered less money than males with similar backgrounds/expertise, and witnessing male colleagues being chosen for promotions more often than women.

“Despite efforts to make tech and business more inclusive, the gender gap, and unequal treatment remain an issue in 2021,” said Elina Räsänen, CMO of Xolo.

Top reasons why women feel they are worse off in their careers:

As two of those aspects —fear and lack of experience — are self-imposed, it can be argued that women’s careers are held back by societal norms but also by the unfair standards that so many women hold themselves to. 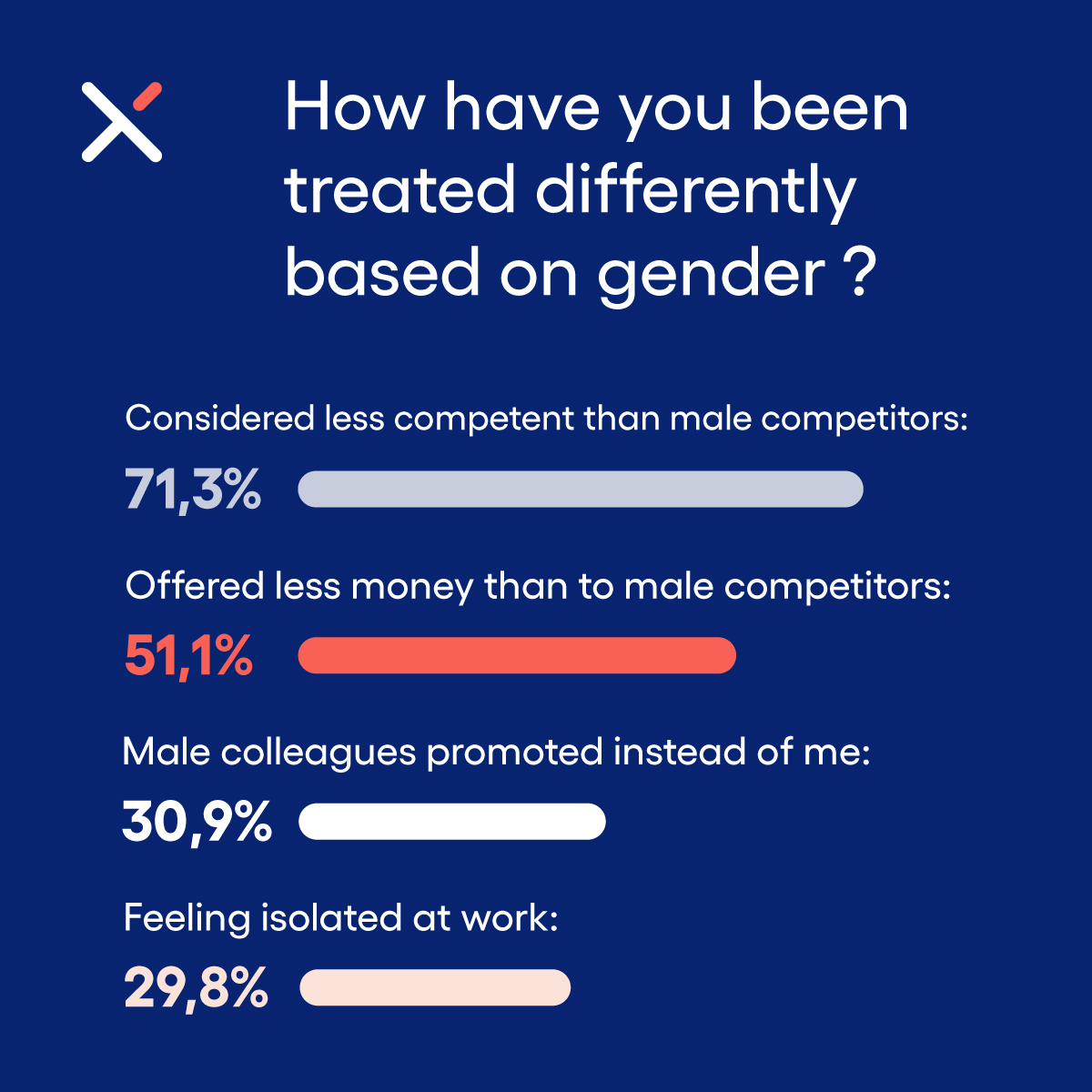 When it comes to by whom women have felt they have been treated differently, 64% indicate their direct supervisor and 49% their customers.

From a gender perspective, 52% of female freelancers have felt they have been treated differently by men but 48% claim that both men and women have played a role in unequal treatment.

“This is an indication that we’re in this together, but not in the right way. It is evident that women have a harder time when it comes to starting and managing a business but it is discouraging to see that women often find it hard to support other businesswomen.”

Spreading the word about unequal treatment also remains a stumbling block as almost half of women say they rarely or never speak up about it.

Unequal treatment still kept under the rug because:

However, when pinpointing who’s responsible for upholding equal treatment, more than half of the respondents said it should be handled by each business or person individually.

This highlights a discrepancy between not always speaking up about the problem while expecting that the case needs to be discussed in person for change to take place. 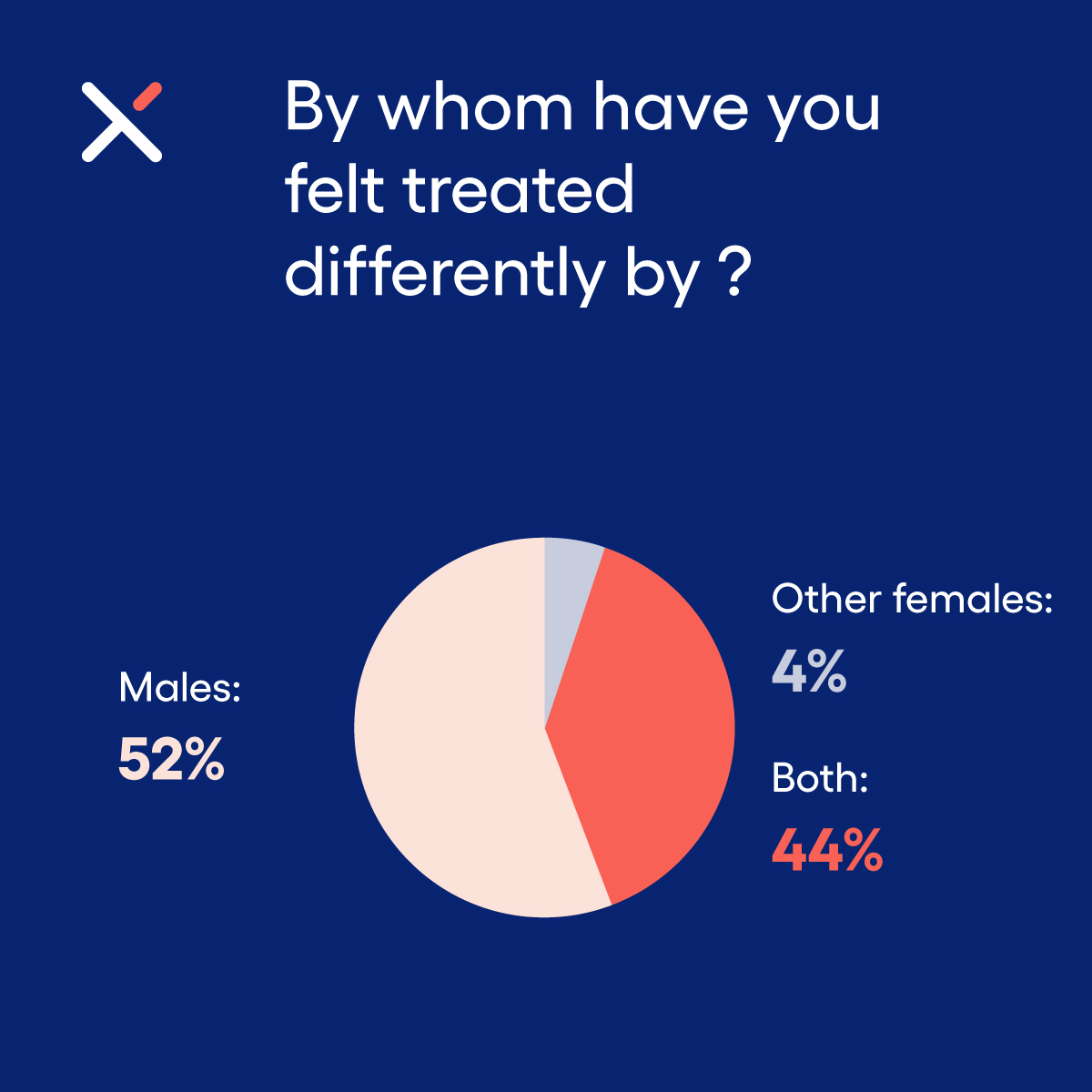 Do you relate to the findings? Share your thoughts.

Frasier makes a comeback with a very British cast

More Brits to work remotely and abroad in 2023

AI in recruitment: should candidates start to worry?